Virtual reality glasses for PC (or HMD for its acronym in English head-mounted display) They are a device that allows you to view 3D images created by a computer and interact with them. Dare and experiment virtual reality at home

If you need information on how to turn your living room into a virtual reality room, click on the following link with all information about VR BOX Glasses

Within the VR glasses for PC we are going to highlight the best models. Are the glasses Oculus Rift the HTC Vive. These glasses are high performance, include their own screen and sensors, but they must be connected to a computer or a game console.

The images are of great quality and you provide a fully immersive virtual reality experience. They are one of the best options if you are a gamer. However they need a powerful processor and graphics card.

Other models like Docooler Display VR u Omimo VR All In One they are less known, but not for that reason of worse quality. Both are wireless, comfortable and cheaper.

Oculus Rift glasses are from Oculus VR company, whose current owner is Facebook.

VR glasses require that the computer have a series of minimum technical characteristics. Even so, among the VR glasses models available for PC, these are the least demanding.

The glasses come in a box wrapped in a white sleeve. When opening the package (that opens like a briefcase), all components are fitted and protected in custom recesses. The content of the box is as follows:

The price of Oculus Rift glasses is around € 400-700, depending on which version it is. And the Oculus Touch controllers cost about € 150.

Besides this, the computer on which they are installed must be fully equipped, although if you don't want to complicate your life, you can even buy ready-made equipment, and sometimes they are on sale if you buy them together with the glasses.

Buy them at the best price on Amazon:

Another model of virtual reality glasses for computers is the HTC Vive. These glasses were created by HTC (a company that mainly manufactures mobile phones) y Valve (video game developer company). With this device you can walk and interact with virtual objects thanks to its controllers.

In addition to the specific characteristics that the PC must have, the room is required to be spacious, al menos un área de 4×;3 meters. All objects that may interfere with the playing area must also be collected. (lamps, vases, etc.).

The sensors are very heavy and must be on a perfect diagonal, so that it is important that these sensors are positioned correctly in the corners and have a good and correct grip.

Another thing to prepare before starting to play is to place the cables well to avoid unnecessary falls and that the game disconnects in the middle of a level. Thus, the length of the cables is long enough to move easily and freely. They should be placed from the front of the glasses to the back, and let them hang. To reduce the risk of disconnection, the cables can be attached with adhesive tape..

The equipment requirements for using the HTC Vive are:

The inside of the pack includes:

The price of the HTC Vive is much higher than the previous ones because is the most advanced device on the market. They usually cost around € 800-1000.

These glasses are less known than the previous glasses but they can be a much cheaper alternative. The main advantage is that they have integrated Wifi, that is to say, they are wireless, so possible disconnections during the game by disconnection of cables will be avoided. They incorporate controls in the upper part of the glasses.

This model has the Android 5.1 system integrated and can be used without connecting it to a computer. Has its own operating battery, but you can also connect it to PC.

The glasses come wrapped in a box with custom compartments, which in turn includes:

Docooler Display VR glasses cost between 100 and 300. They are undoubtedly one of the cheapest virtual reality glasses. 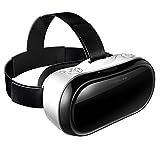 Omimo VR All In One

The Omimo VR All-In-One are 3D glasses with Wifi support, Bluetooth and HDMI for use on or without different devices. Has a portable design, so that you can use them wirelessly with a remote control or with the buttons found on the glasses themselves.

The minimum characteristics that your computer must have to be able to use these virtual reality glasses are:

These glasses have a very low price that is around € 200-300, so they are a good option to start using virtual reality glasses. 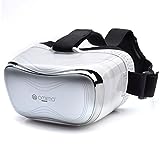 Links that may also interest you:

Tecniteasy.com uses the Amazon affiliate program. This program consists of promoting Amazon products by providing information and added value to the user.. Through this tecniteasy program you receive commissions from Amazon.

This website uses cookies to improve your experience while you navigate through the website. Out of these, the cookies that are categorized as necessary are stored on your browser as they are essential for the working of basic functionalities of the website. We also use third-party cookies that help us analyze and understand how you use this website. These cookies will be stored in your browser only with your consent. You also have the option to opt-out of these cookies. But opting out of some of these cookies may affect your browsing experience.
Necessary Siempre activado

Any cookies that may not be particularly necessary for the website to function and is used specifically to collect user personal data via analytics, ads, other embedded contents are termed as non-necessary cookies. It is mandatory to procure user consent prior to running these cookies on your website.